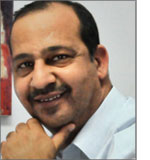 Ali Hussain Mushaima, founder of Connect Travel Media, has published numerous travel guides, including the Visitor’s Complete Guide series and the 101 Things to See & Do series of books.

Both book series have been tremendously successful, with a total of more than 150,000 copies sold to date.

Ali developed his love for travel and adventure as a child, and in recent years has undertaken several Friendship Tours, driving from his native Bahrain to destinations across Europe and the Middle East to promote travel in the region. 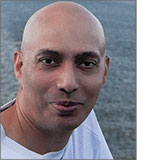 Archie D’Cruz is a seasoned editor, writer and designer with more than 25 years of experience in both journalism and advertising. His Canadian publishing and design firm A Type Of Magic has been behind the success of several books and magazines, including all 14 books in the Visitor’s Complete Guide and the 101 Things to See & Do series.

Archie recently helped create marketing campaigns for two New York Times bestselling books for HarperCollins and his advertising work has appeared in countries as far apart as the UK, Australia and the US.

He has travelled extensively and counts photography among his major hobbies. 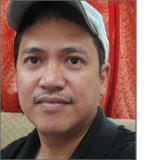 Filipino graphic artist Carlo Olinarez, who put together the maps in the guidebooks, has lived and worked in the Middle East for more than 15 years.

He worked in Jeddah, Saudi Arabia, for two years as senior colour separator, before moving to Bahrain where he currently resides.

When he isn’t at his computer, Carlo enjoys reading, watching movies, photography and biking. He has been a member of the brotherhood Tau Gamma Phi since 1983. 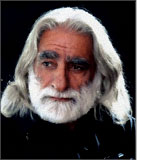 Haider Rafiey fell in love with photography when he was still a child. When his father refused to buy him a camera, he began going to the market every evening after school, wheeling people’s groceries home in a barrow so he could earn enough to buy one for himself. He still has the Agfa box camera he bought with that money in 1954, but his tools have evolved since then and now include Nikon and Minolta digital SLRs.

Haider’s preferred subjects are nature as well as traditional homes in Bahrain. He takes great pride in being able to teach young people the art of photography, and he is a long-standing member of the Bahrain Arts Society. 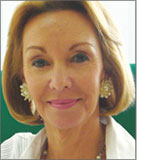 Maeve Kelynack Skinner is a former magazine editor, freelance journalist and travel correspondent who has lived in Bahrain for 30 years. Her articles have been published internationally and pan-Gulf in newspapers, business, leisure and travel magazines, including The Irish Times, Weekly Telegraph, Gulf Daily News, and official inflight and airport publications. Born in Penang, Malaysia, Maeve has travelled extensively all her life and loves writing about her adventures. 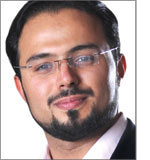 Multi-talented Bahraini Mahdi Al Jallawi is an international award-winning photographer, a practicing architect, a certified designer, an art teacher and a youth festival organizer who takes special pride in
his community and volunteer work.

Born in Tehran, Mahdi speaks Arabic, Persian and English. As part of his architecture graduation project, he designed and developed a housing village that included more than 1,200 units. He later worked on the National Theatre of Bahrain (the biggest outdoor theatre in the kingdom) for which he was the main designer and technical project manager.

He currently runs his own architecture firm, CAD World, and has founded several volunteer projects including Arch Youth and the Design Institute. 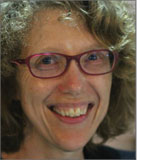 Sarah Clarke is a globe-trotter and a prolific writer who currently calls Bahrain home. She has previously worked and studied in the USA, Japan, Singapore and Canada where she completed her Ph.D.

Sarah has spent the last 10 years in the Middle East, where she has acted as researcher, writer and advisor to various non-profit organisations, including the Qatar Green Building Council and the Regional Institute for Active Learning, Bahrain. She has also written for other books in the 101 Things to See & Do series. 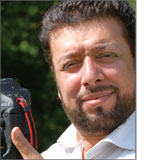 Bahrain Photographic Society Chairman Shafeeq Khalaf Al-Sharqi was interested in the creative arts from as long as he can remember, taking up photography and painting from an early age. He later studied interior design at the College of Fine Arts in Cairo, Egypt.

He won his first award for photography in Bahrain in 1980, and has won several more international honours since. One of his images was chosen in a list of Best 1,000 Pictures in the World for 2010 at Trierenberg Super Circuit photography awards, and he scooped up as many as nine awards for his work in 2012. He was also awarded the E.FIAP title in 2013.

His favourite photography themes are nature and people.